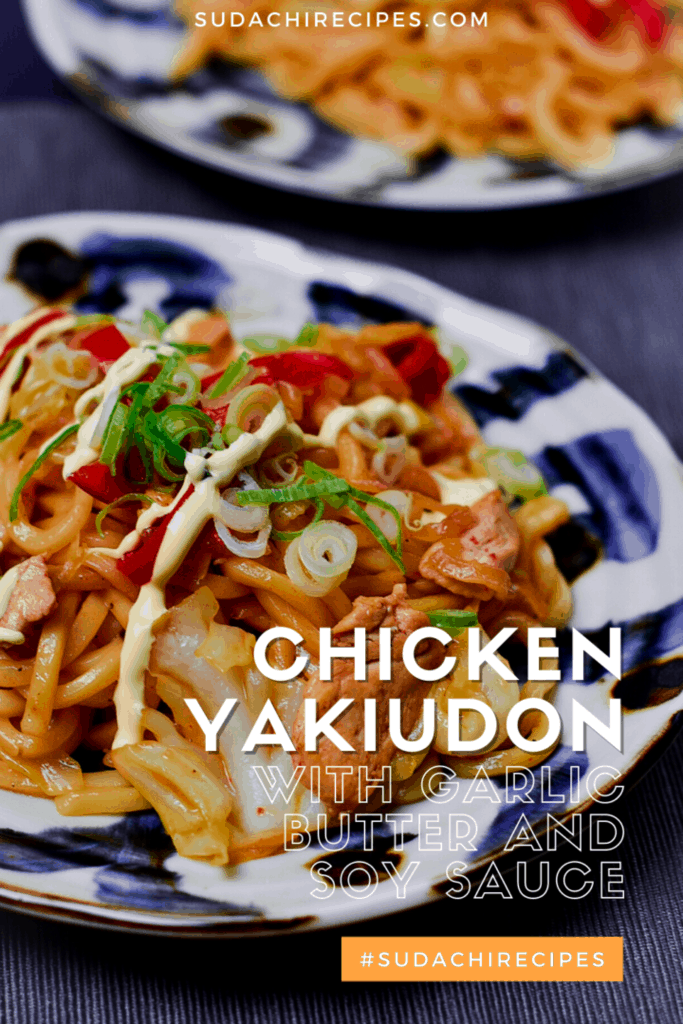 Not Yakisoba? No, udon noodles can be "yaki-ed as well. (do you like my made up word?)

When you think of Japanese fried noodles (including myself and most Japanese people too), first thing comes up would be Yakisoba.

There's no doubt that Yakisoba is the most popular dish on the scene. And when you think of udon, soupy dishes usually come to mind first. But udon noodles are delicious and versatile, you can use them for stir fries too!

Only noodles are different? No

The way of being cooked are essentially the same, stir-frying, plus the vegetables are often the same as well.

But the big difference is, the sauce that is used for each dish.

For yakisoba (in this case ソース焼きそば), Worcestershire sauce based sauce is preferred, but yaki udon is more commonly cooked in a soy sauce base and then drizzled with Japanese mayonnaise (of course it depends on the region and family though). 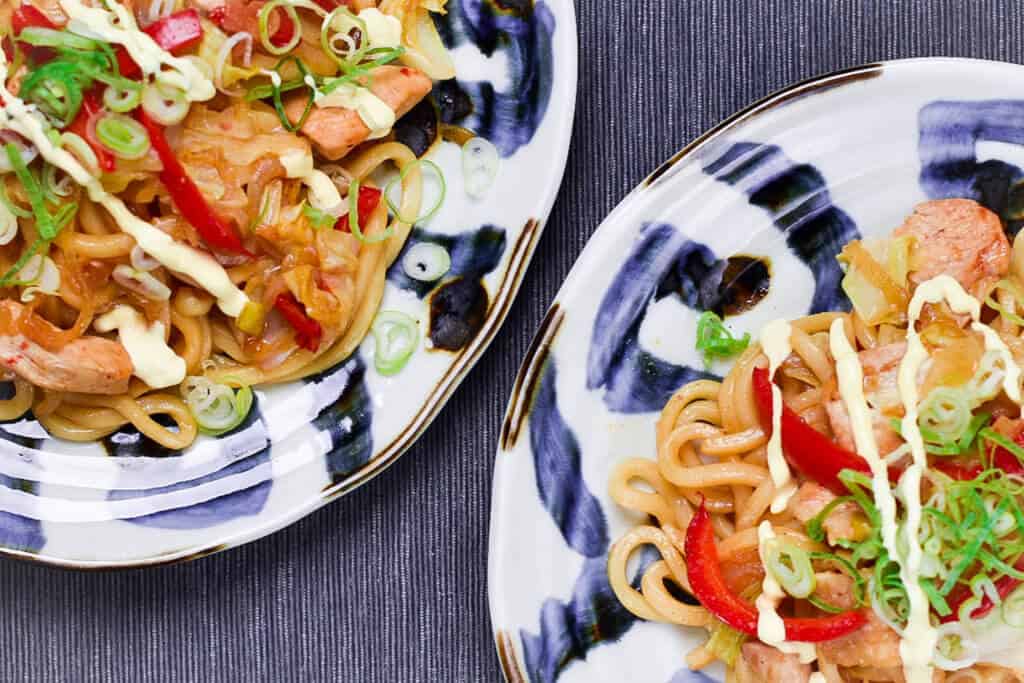 In this recipe, I use soy sauce, butter and garlic as sauce base.

Did you know soy sauce and butter combination is one of the most loved condiments combos in Japan?

I mean you can find soy sauce and butter flavoured things everywhere, like crisps (chips).

And I add garlic for the golden combo (I'm drooling as I write, quite literally).

I have to admit that one of my favourite things about the food communities in Japan is they make everything sound like a big deal and create competitions nationwide.

Yaki udon is no exception.

Now a lot of regions in Japan are creating their own ways to make yaki udon such as:

And since 2011, there is an event called "National yaki udon Summit (全国焼うどんサミット)" where yaki udons from different regions compete.

Sounds a bit silly but it's quite serious at the same time and that's literally why I love the street food scene in Japan! 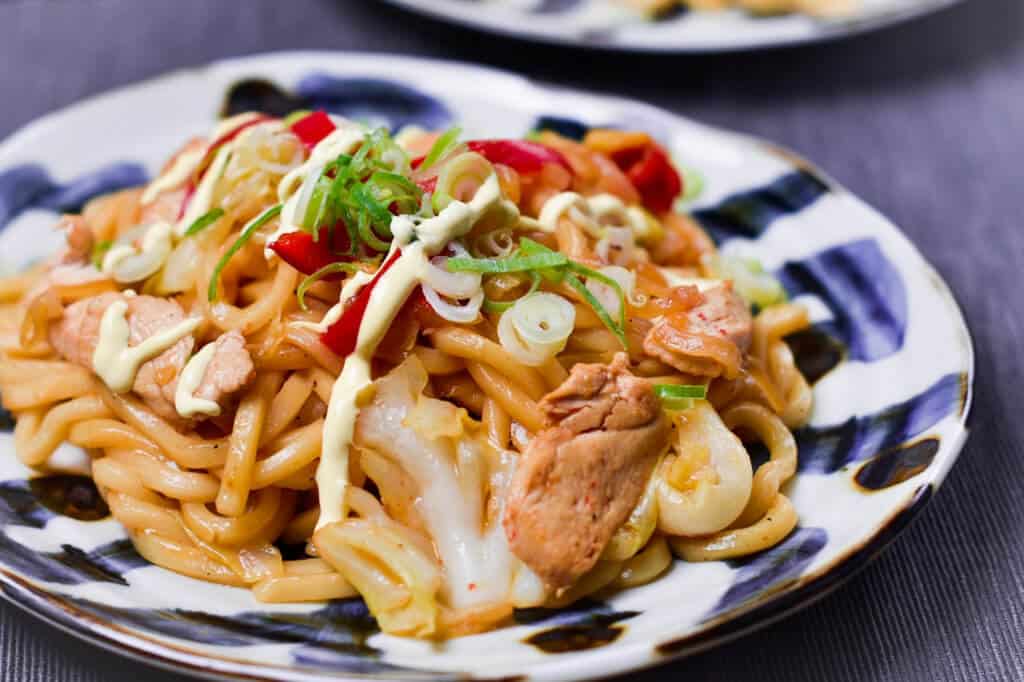 What does Yaki Udon mean?

What's the difference between yaki udon and yaki soba?

Do yakiudon and yakisoba taste similar?

It depends on what you use as sauce but generally speaking, no they don't taste very similar.

For example, comparing my recipes of Yakisoba and Yakiudon. The ingredients to make each sauce are:

You can change the vegetables or vegetable quantities to suit your own tastes.

This dish can also be made with pork.