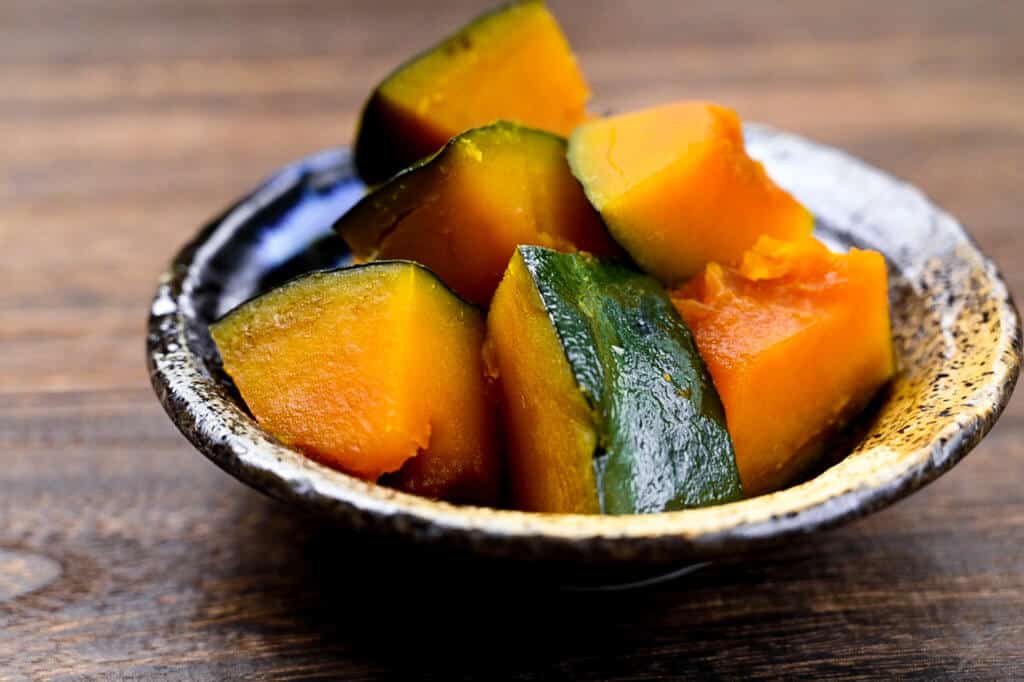 "The taste of home cooking"

What is Ofukuro no Aji?

There's an expression in Japanese called "Ofukuro no Aji (おふくろの味)" which literally means "The taste of mum's cooking".

The term is usually used for humble home cooking dishes that you rarely see at restaurants.

Simmered pumpkin is definitely one of the examples.

What is Simmered Japanese Pumpkin?

The Japanese name for this dish is "Kabocha no Nimono" (かぼちゃの煮物) which directly translates into pumpkin cooked by boiling or stewing.

The pumpkin is not simply boiled in water, it's simmered in a mixture of Japanese condiments such as soy sauce, mirin and sake. These flavours really bring out the taste of the pumpkin and the method of cooking makes the texture soft and fluffy.

We also tend to leave the skin on, it keeps the pieces together after it's boiled and it's good for you! Not to mention it looks very colourful! 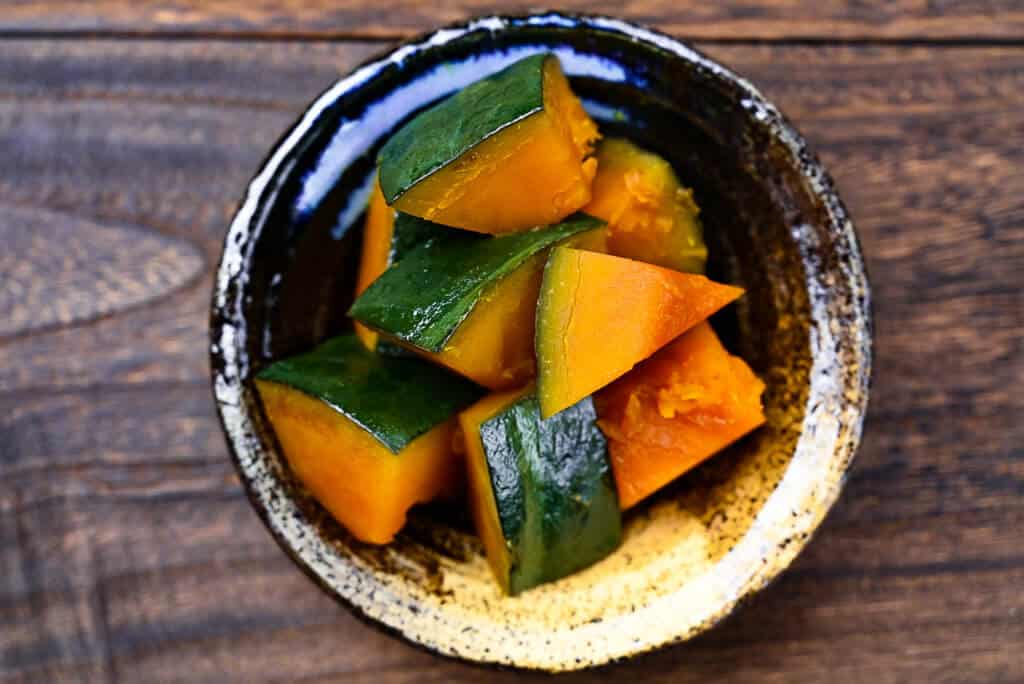 As a traditional dish

Simmered pumpkin actually has a long history as a home cooking dish. In old Japan, it was a tradition to eat pumpkin in winter. There's even an idea of "Eat a lot of pumpkins to get over winter"

Back then, the easiest and the most ideal way of cooking pumpkin was simmering.

It was also useful that pumpkins can be stored for a long time.

In Japanese supermarkets, you can get already cut pumpkins just for this dish. One reason might be that it's hard to cut, you definitely need a sharp knife to make this dish! But also because of how many people cook this dish, you can kind of guess how popular it is right?

It's also a popular choice to put in a lunch box (bento) as well. 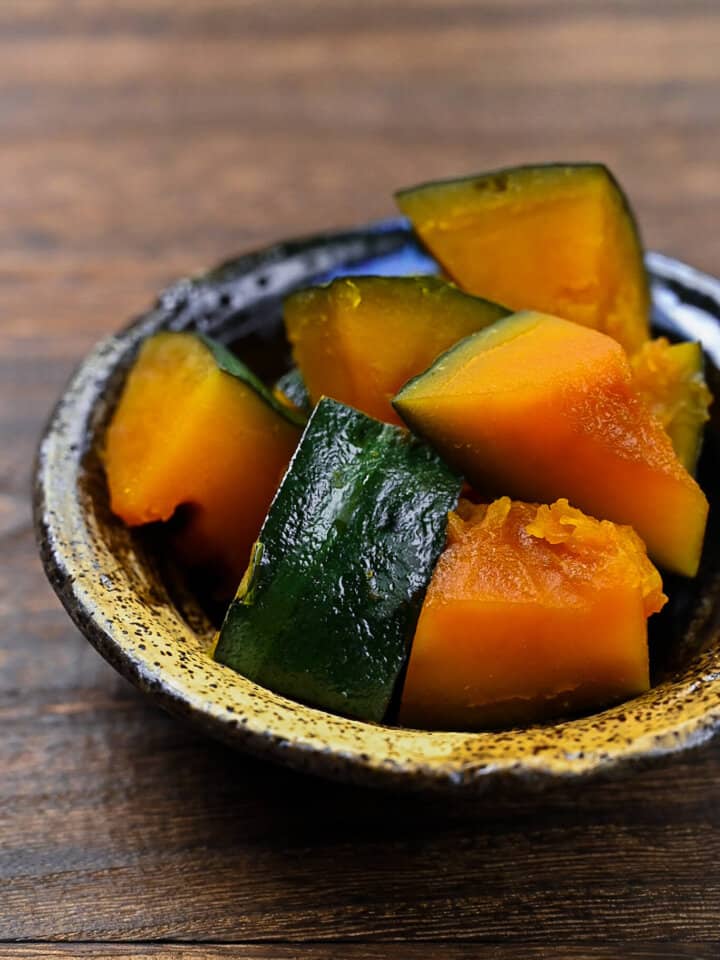 What kind of Pumpkins are used in "Japanese Simmered Pumpkin"?

Okay, so actually this dish doesn't use regular pumpkin. The most popular kind of pumpkin in Japan is called 'Kabocha'. Kabocha is a kind of winter squash, it's a little similar to butternut squash but the shape is different and kabocha has a thick green skin. As I mentioned before, you can eat the skin once it's cooked!

The taste of kabocha is also a lot sweeter than butternut squash, and the texture is kind of like a mix between pumpkin and sweet potato. It's fluffy and delicious, and it's pretty versatile too! It can be used in a number of dishes, savory or sweet!

Other dishes that use Kabocha

Here are some other dishes where you can find Japanese pumpkin, Kabocha!

You can store in the refrigerator for 2-3 days after letting it cool. Put some broth in the container too!