Delicious and quick to make, this Japanese "shogayaki" ginger pork (生姜焼き) consists of thinly sliced pork cooked in a fragrant sauce made with fresh ginger. It's ready in less than 30 minutes and is perfect for lunch or a midweek dinner.

As there are a lot of ginger pork recipes around the world, shōgayaki is basically a Japanese version of stir-fried pork with ginger. In Japanese, shōga (生姜) means ginger and yaki (焼き) means fry.

Although pork is not mentioned in the name, this dish is made almost exclusively with pork. The full name would be "Buta no Shogayaki" (豚の生姜焼き) or Ginger Fried Pork.

Some people might use beef or chicken instead, but it's not common or associated with the name of the dish.

This dish started off as a home dish, but in the 1920's it's popularity grew and restaurants began serving it too.

Shōgayaki was a dish supposedly invented in Tokyo and spread across the Kantō area, but now it's one of the most popular pork dishes nationwide!

Marinated or not marinated?

Shogayaki is one of the most popular dishes in Japanese households and there are tons of different recipes out there. Some people marinate and the others don't. The method is simply different depending on the household. But as far as I can tell, in order to reduce the preparation time, more and more recipes choose not to marinate in recent years.

It's not only the method that varies. You could say that about the flavour of the sauce as well, like some people prefer sweet sauce and others don't.

To keep it quick, my recipe does not contain marinating process and I mainly focus on making complex sauce instead. The flavour leans more towards the sweet side.

As I mentioned above, I use a lot for different ingredients to make a complex sauce:

It might seem like a long list, but it only has basic ingredients and condiments! Leftover ingredients such as onion or apple are easy to incorporate into other dishes too.

See below for alternatives and substitutions!

While I made this sauce with use of pork in mind, you can use this ginger sauce for other meats like chicken or beef if you prefer.

Benefits of Cooking with Ginger

Which part of pork to be used?

There is always some discussion of which part of the pork is best to use for shogayaki in Japan. The general meat of choice is "thin slices of pork loin".

It is fine and tender with a good amount of fat on the outside of the lean meat.

In Japanese supermarkets, this cut is specifically labelled as "for shogayaki", however, other parts can also be used.

Keep in mind that everything should be more or less thinly sliced.

This is the dorsal part of the shoulder. It has a fine, slightly coarse lean flesh with a web of fat. It has a rich, full-bodied flavour.

Pork belly can also be use for shogayaki. This part is rich in flavour and fat and is very satisfying.

Shogayaki is a quick and simple dish with great flavour, that's why it's so popular! Here, I will list some tips and tricks to ensure delicious shogayaki every time.

Grate ginger with skin on

If you're looking at this recipe, I believe you're a fan of ginger!

Ginger has a strong flavour in its skin. For this reason, I prefer to grate ginger with the skin on for a more gingery result.

Just make sure to wash it beforehand though!

Bring the pork to room temperature

For best results, take the pork out of the fridge about half an hour before you want to cook it and bring it to room temperature.

If the meat is cold, it will take longer to cook as well, which can lead to tough meat. Meat brought to room temperature before cooking yields a more tender result.

This is especially important if you use thicker cuts of meat, if you cook it straight from the fridge then the surface will be browned quickly but the inside may still be raw.

Cut the muscle of the meat (if you use loin)

This will prevent the meat from curling when cooked.

Sprinkle the meat with flour before cooking

This is a cooking method called "dredging". Not only does dredging allow the meat to brown more beautifully and pick up more flavour when cooking, but it also helps thicken the sauce and stick better to the meat.

Place the meat in a cold pan

This is a pretty new technique to me, but it makes all the difference!

Placing the meat in a cold pan and allowing it to heat up gradually will prevent the proteins from coagulating due to the sudden temperature change, in turn, this stops the meat from shrinking and becoming tough.

It is said that it reduces the rate of contraction of the muscle fibres by half compared to placing the meat straight into a hot pan.

As a person who lived abroad for years, I know how hard finding Japanese ingredients can be. I'm back in Japan now so I tend to forget about it but I want to try to suggest alternatives as well.

So I will list alternative options for some ingredients in this recipe.

I use sake for the sauce, but if you cannot get sake, the common substitute is dry sherry or white wine.

Be careful when using wine as the flavour can linger in the food, try to use dry white wine (rather than sweet) in Japanese cooking.

Alcohol helps tenderize the meat and adds umami to the sauce, the alcohol content will evaporate during the cooking process. If you can't use alcohol for any reason, then just use water to maintain the consistency of the sauce.

In this recipe, I fry shishito pepper (mildly spicy East Asian pepper) in the leftover sauce.

Alternative I suggest for this is mini sweet peppers.

If you have dashi powder, you could add a small pinch (just don't add too much).

Otherwise, you can simply replace dashi with water. You can just think of dashi as a bonus ingredient in this recipe.

I'll admit that I only use a small amount of apple in this recipe, so if you don't want to buy a whole apple for this, it's also fine to use an equal amount of apple juice or smooth apple sauce. Apple adds a pleasant sweetness so I recommend incorporating it in some way!

How to make delicious Japanese Buta no Shogayaki (生姜焼き) made with thinly sliced pork loin cooked in a fragrant homemade ginger sauce.  Perfect served with rice and shredded cabbage or salad. (Serves 2)

Buta no shogayaki is usually served with shredded cabbage/salad and Japanese style rice.

More recipes you may enjoy 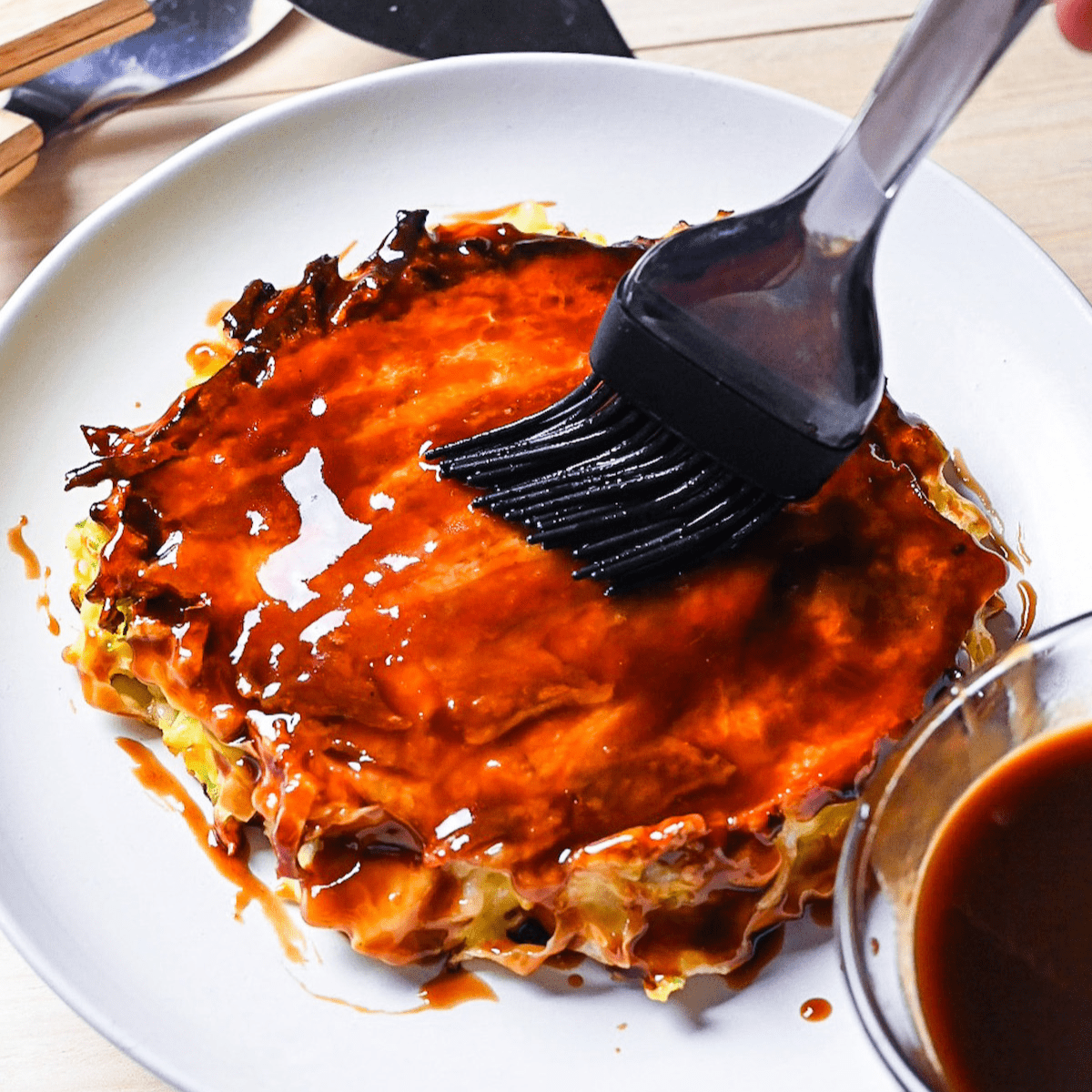 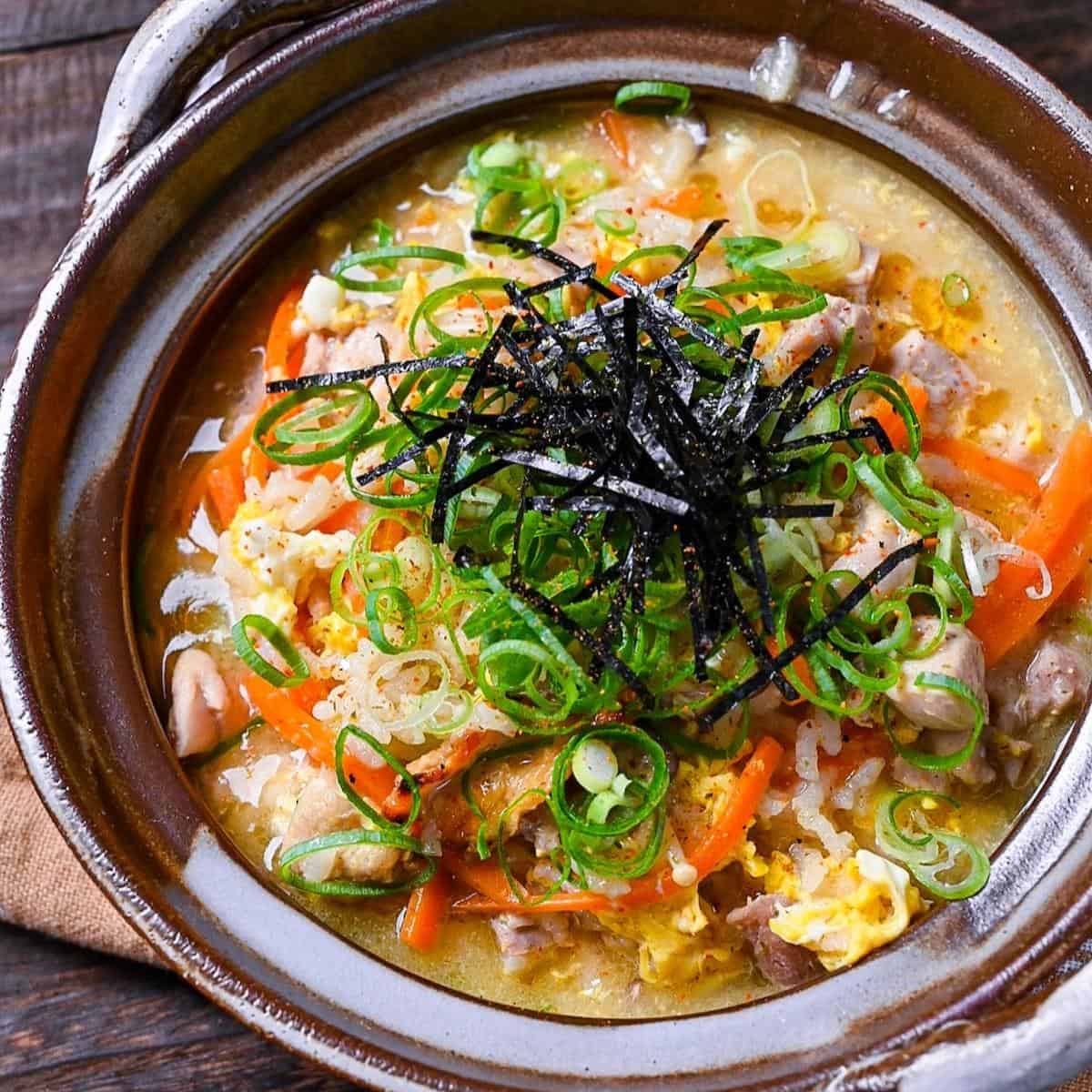 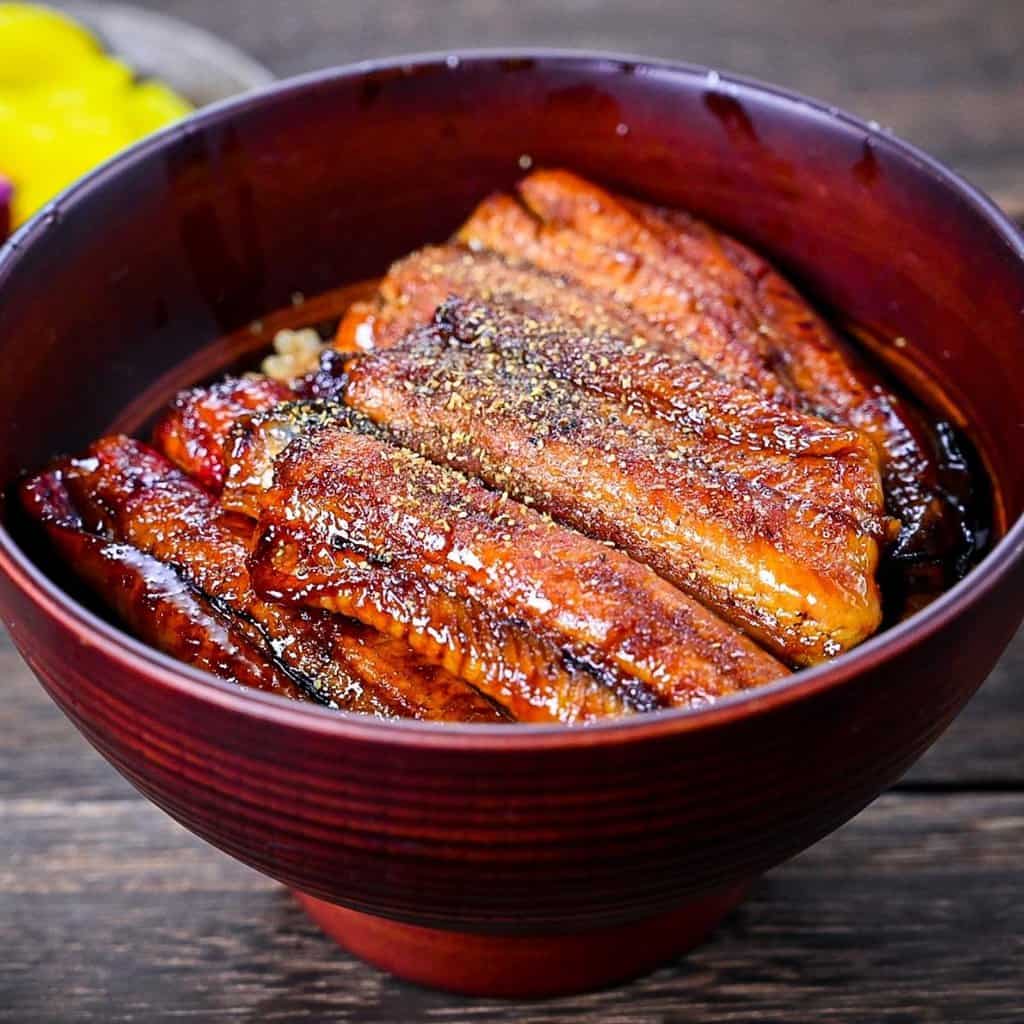 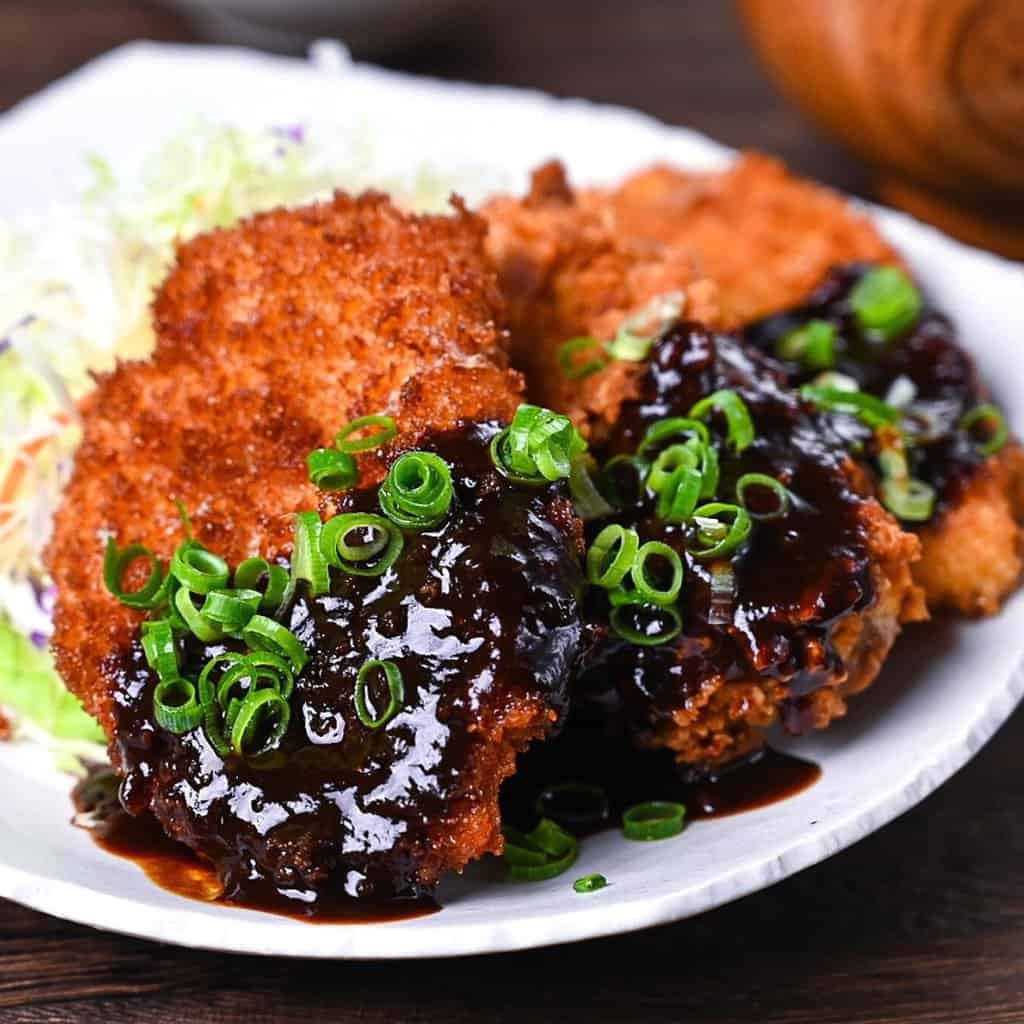