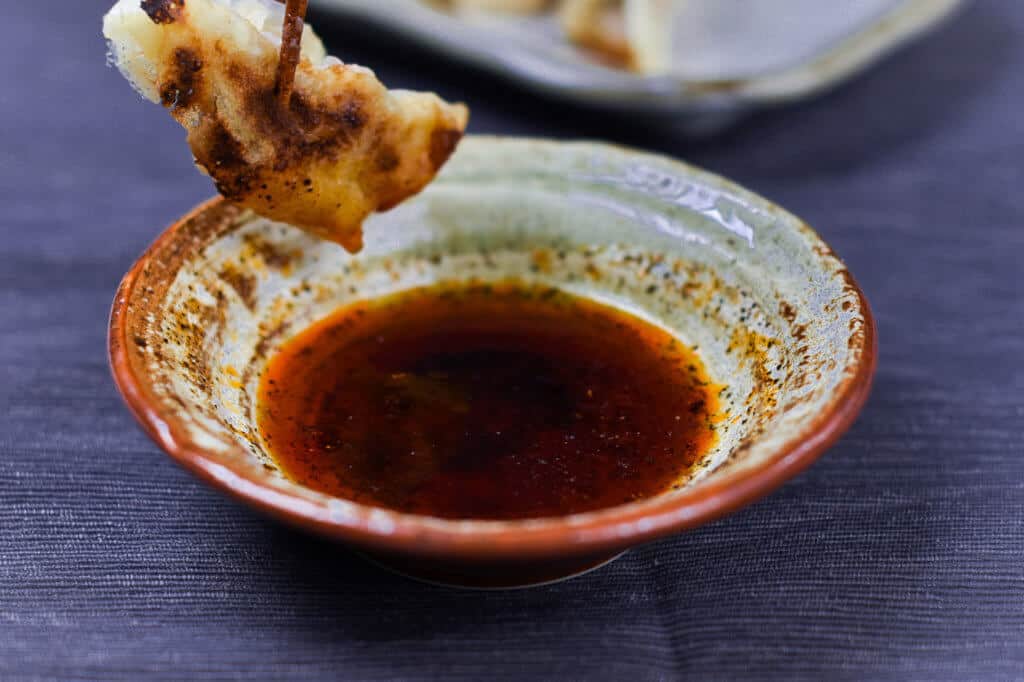 You can see how to make gyoza from scratch (wrappers and filling) on our recipe here!

There are also many kinds of dipping sauce for gyoza differs from restaurant to restaurant, and family to family.

But two main ingredients for gyoza dipping sauce are:

I personally like quite vinegary, spicy and peppery so I put more rice vinegar and add extra chilli oil, sesame oil and black pepper!

As you experiment with the ratio of these ingredients, you will definitely find golden ratio for your own taste!

But for now, this is my preferred ratio for dipping sauce for gyoza!

Sadly, I would not call it a healthy dish.

It's best to eat hot. I personally re-heat if they get cold.

How to make my favourite dipping sauce for Japanese gyoza dumplings

This recipe is enough for two people so either share from one dish, or divide it into two separate smaller dipping plates. (Enough for about 16 gyoza, 8 each)