What does Nabe mean?

Nabe (鍋) can literally be translated as “Hot pot” in English. It’s just a general term used to describe hot pot dishes in Japan and also means the cooking pot itself.

Before the modern period, a lot of Japanese houses had a Japanese style hearth called Irori (囲炉裏) as a cooking tool, light source or heating source in winter. 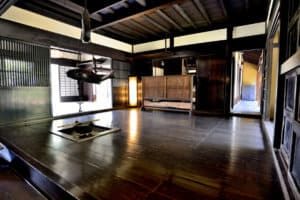 Like the one in the middle in the picture.

The oldest record of a hot pot dish goes all the way back to 17th century, but it’s believed that cooking pot dishes using the hearth was common before that. Hot pot dishes not using a hearth started in the late 18th century.

There are so many popular hot pot dishes that I can’t name all in Japan right now, but these are the very common ones:

Here are some “new wave” dishes where they use unusual sauces and ingredients:

Literally, the possibilities of hot pot is endless! 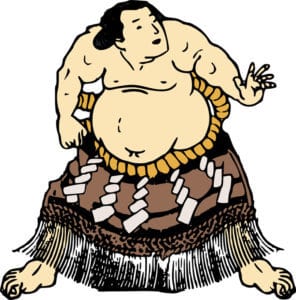 Some people might be wondering “What is Chanko Nabe?” “Sumo Stew?” “Is it something to do with sumo wrestlers?”

In fact, it is to do with sumo wrestlers!

The term “Chanko” comes from people who are in charge of cooking meals at sumo stables. Those cooks are called “Chanko ban” and the hot pot they make is called “Chanko nabe”

So it’s technically more like an idea or concept rather than a specific dish. This basically means there is no set recipe for Chanko Nabe. Any hot pot that is made in sumo stable can be called Chanko nabe.

Every Chanko ban has their own style of making Chanko Nabe but the general rule is that it contains meat, vegetables and a broth. Even though the term is an idea, retired sumo wrestlers started opening up their own restaurants and serving their own Chanko Nabe dishes. The first Chanko Nabe restaurant opened in 1937 in the Ryogoku district in Tokyo (where you can find many sumo stables and stadiums). Since then, normal people came to know about Chanko Nabe and it became a well known dish nationwide.

Some of you might think it has to be unhealthy or fatty because that’s what sumo wrestlers eat on a daily basis, but it’s actually the opposite. It’s very nutritious and full of variety of vegetables.

As I said earlier, Chanko Nabe just means hot pot made in sumo stable, so there are so many flavours out there.

But most popular would be:

But again, there’s no specific rules.

In this recipe, I will use soy sauce and a bit of miso which makes a great flavour! 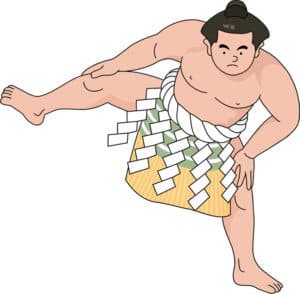 Is Chanko Nabe bad for you?

Not really, it’s full of vegetables and definitely not as unhealthy as people might think. Sumos just eat huge amounts of it along with large portions of rice to build their bodies. It is said that sumo wrestlers eat about 4000 calories a day.

Those are some of the answers!

Do they not get bored of Chanko Nabe?

They change flavour and ingredients every time so that they won’t get bored easily.

That’s also the beauty of Chanko Nabe! No rule! ADDING THE OTHER INGREDIENTS

If you want to make the most of the broth, you can cut up more vegetables and use it again!

If you have a portable stove, you can sit it on your table and continue to cook and more add ingredients. This means you can serve more people!