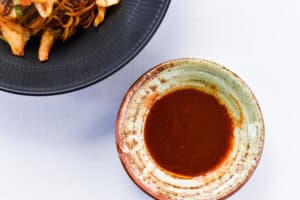 What do you think of when you hear the word “Soba”?

Most people might think of Japanese soba noodles, but with Yakisoba (焼きそば), you don’t use soba noodles at all! Instead, you use Chinese egg noodles and then stir-fry it. In fact, other than the pickled ginger and bonito flakes (which are optional) you can make this authentic Japanese dish with simple ingredients that you probably already have in your kitchen!

Here are the most common ingredients used to make Yakisoba: 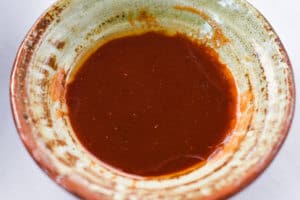 What is in Yakisoba Sauce?

In Japan, most people opt for premade sauce

If you’re in Japan, you will see pre-made sauce, powder or even noodle and sauce set in supermarkets.

But homemade Yakisoba sauce is very easy too

Although people tend to use premade because it’s easy and fast, that does not mean homemade sauce is hard to make.

Ingredients are pretty simple, and you probably have them in your cupboard already!

All you need is: 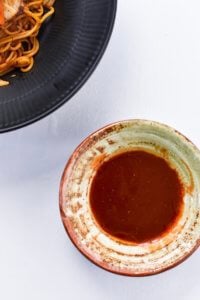 Is yakisoba a ramen?

In a sense, yes because the noodle they both use are more or less the same but I wouldn’t categorise Yakisoba as Ramen as Yakisoba does not have soup. It’s more of a stir-fry dish.

What’s the difference between yakisoba and Yaki Udon?

You can adjust the ratio of the ingredients to suit your taste for example, more soy sauce makes it thinner and saltier, more ketchup makes it sweeter and redder etc. Feel free to experiment!

This sauce is to cook together with the noodles, meat and vegetables. I wouldn’t recommend using it cold and uncooked.